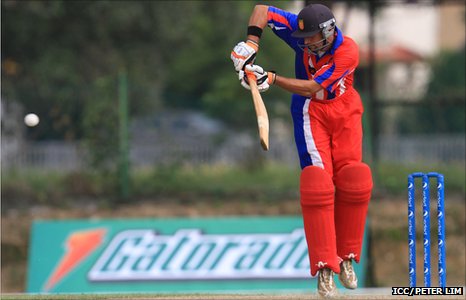 Gough captained Jersey in the World Cricket League in Malaysia

Jersey cricket captain Peter Gough has been named the island's cricketer of the year for the second year in a row.

He scored 445 runs in the domestic season at an average of 40.5 while captaining Rathbones OVs to their second treble in as many years.

Gough top-scored with 94 not out and also took 24 wickets during the season.

He skippered a young Jersey side in the World Cricket League Division Six tournament in September.

The islanders finished fourth in the table in Malaysia.