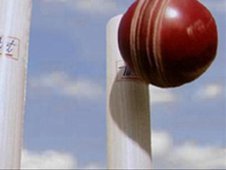 Jersey's first ever women's cricket international will be against France this summer, it has been confirmed.

The islanders will play two Twenty20 matches over the August bank holiday in Saumur, in the Loire Valley.

"They're not known as a cricketing nation, the French," Vicky Toole, from Lilies Ladies, told BBC Radio Jersey. "But they've got a couple of teams.

"As word gets out there that Jersey has women's teams it's not going to be long before we start getting invitations."

She added: "It's a very small world. You can make friends with people very quickly, and suddenly you're into a whole network of other contacts that you can use to promote the game."

There are two women's cricket teams in Jersey, who play friendlies on a regular basis throughout the summer.